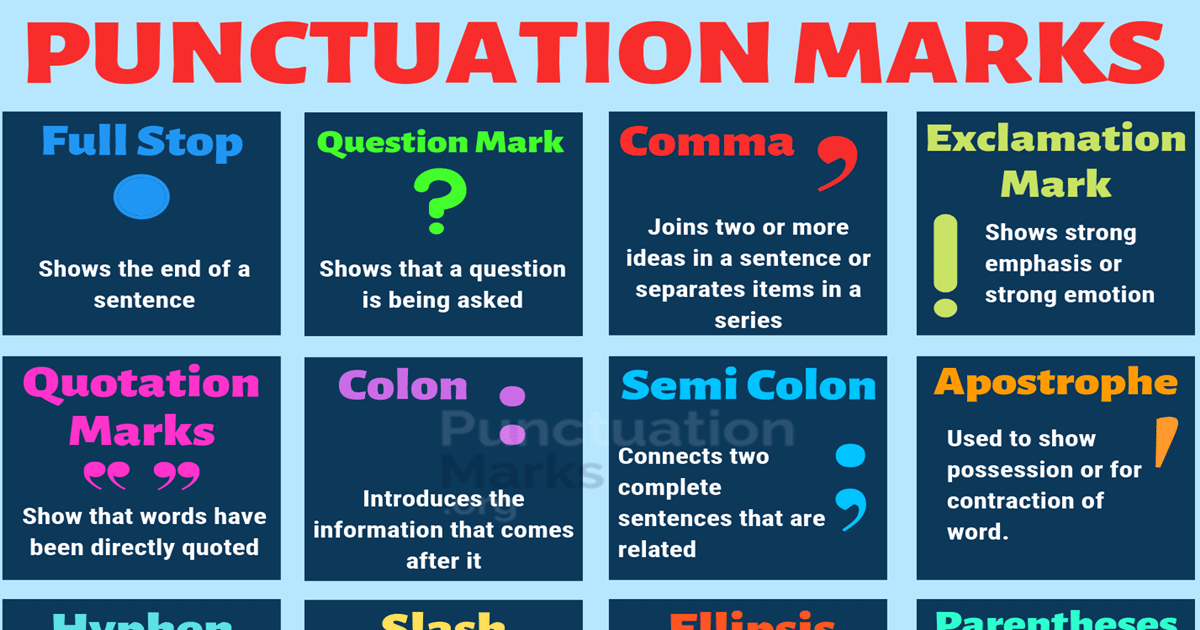 Here is a list of 14 common punctuation marks in English, with a simple explanation of the main functions of each one. You will also find examples of each punctuation mark in ordinary English sentences.

Quotation marks (or speech marks) show that words have been directly quoted.

An apostrophe has two main functions.

1) An apostrophe shows that a letter (or letters) has been omitted from a word in a contraction.

2) An apostrophe is used to make a noun possessive.

The hyphen has two main functions.

1) The most common use of the hyphen is to form compound words, words that are made up of more than one word. Sometimes this occurs when two words are put together to serve as an adjective

2) A hyphen is often used after the prefix of a word. If you’re not sure whether a hyphen is needed, consult a dictionary.

Brackets are used to explain or add information to something in a sentence or quotation.

Generally, the en dash indicates a range of numbers of a period of time. In this sense, it is used with numerals.

The em dash (twice as long as the en dash) shows a big pause in a sentence or emphasizes the end of a sentence.

The ellipsis, a series of three dots, shows that something has been removed from a sentence. It can also show a pause or an unfinished sentence.

The comma joins two or more ideas in a sentence or separates items in a series.

A colon introduces the information that comes after it. It tells the reader that something is coming.

The semicolon connects two complete sentences that are related.

The exclamation mark or exclamation point shows strong emphasis or strong emotion. It is rarely used in formal writing.

The question mark shows that a question is being asked, that the speaker or writer is seeking an answer to something.

The full stop or period is the most common punctuation mark in the English language. It has two main functions.

1) It shows the end of a sentence.

2) It indicates an abbreviation. This is more commonly used in American English. 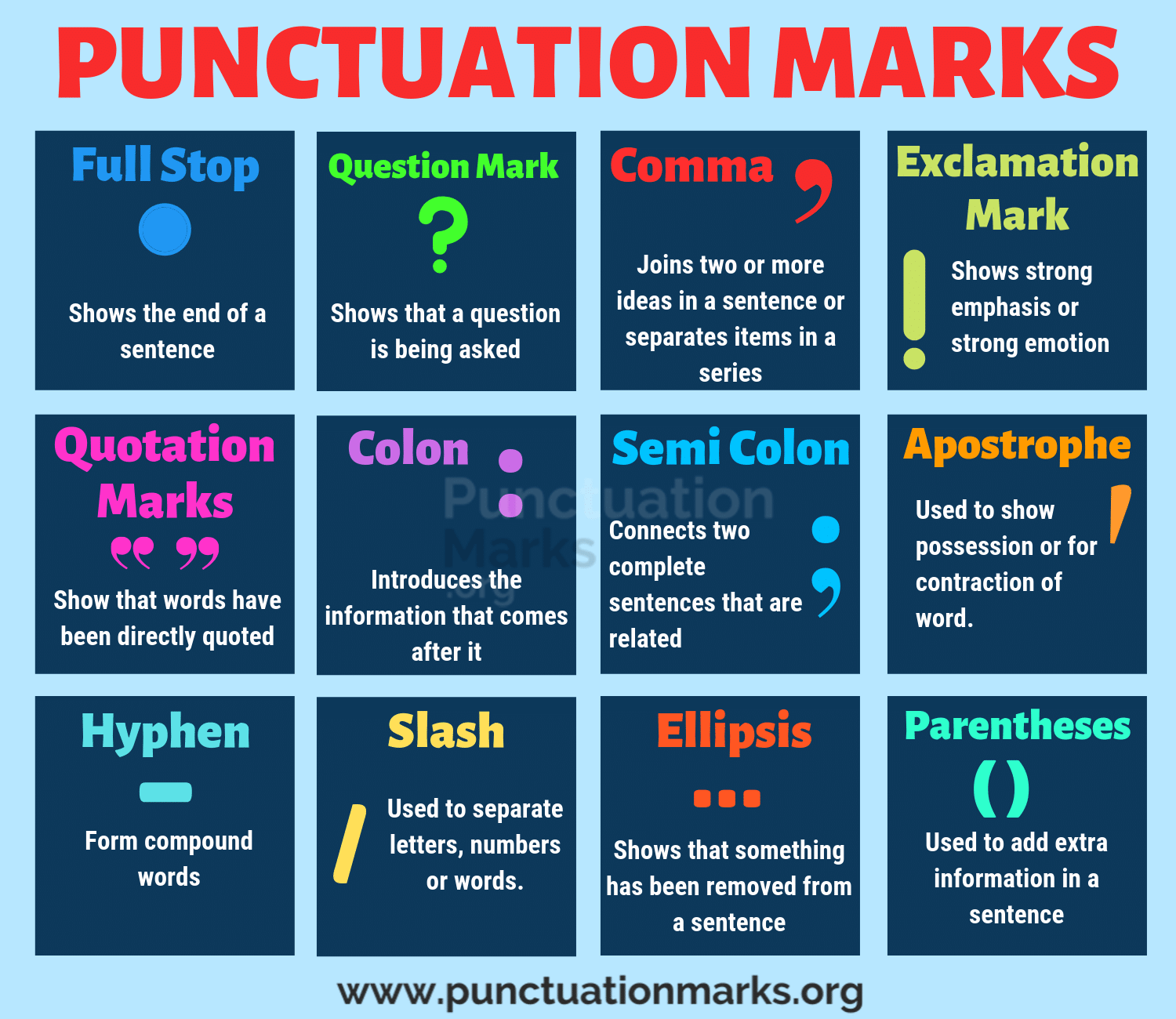