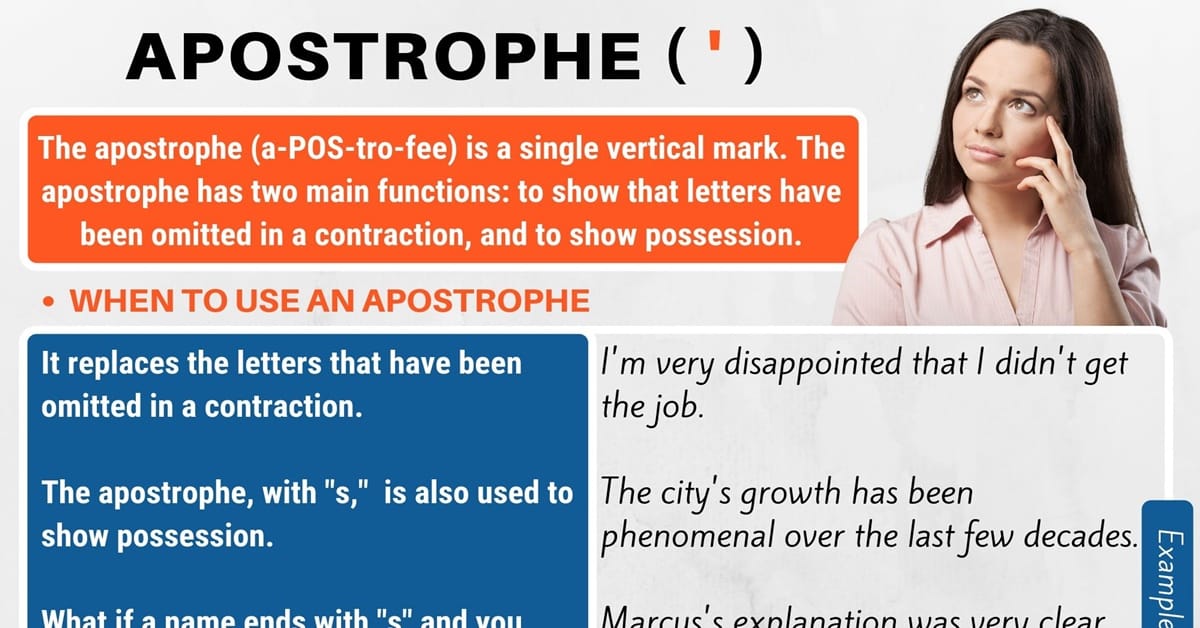 The apostrophe (a-POS-tro-fee) is a single vertical mark (‘) or (’). Learn useful apostrophe rules with example sentences and infographic to help you use this punctuation mark correctly.

What is an apostrophe?

The symbol (‘) or (’) is called an apostrophe in the English language. Its top is level with those of the letters surrounding it. It may be written either straight or curled with a knob at the top.

The mark has two main functions: to show that letters have been omitted in a contraction, and to show possession.

When to use an apostrophe

This punctuation mark has two main functions. First, it replaces the letters that have been omitted in a contraction

The punctuation mark (‘), with “s,”  is also used to show possession.

What if a name ends with “s” and you want to add an apostrophe to show that something is possessed by that person? Do you add another “s” after the mark (‘) in the last sentence? Actually, both ways are correct—just be consistent.

Sometimes, if a plural with a single letter or symbol looks odd with just a letter “s,” an apostrophe is used. It may also be omitted in these situations, but be consistent.

For a plural of a lowercase letter, this punctuation mark (‘) should be used. 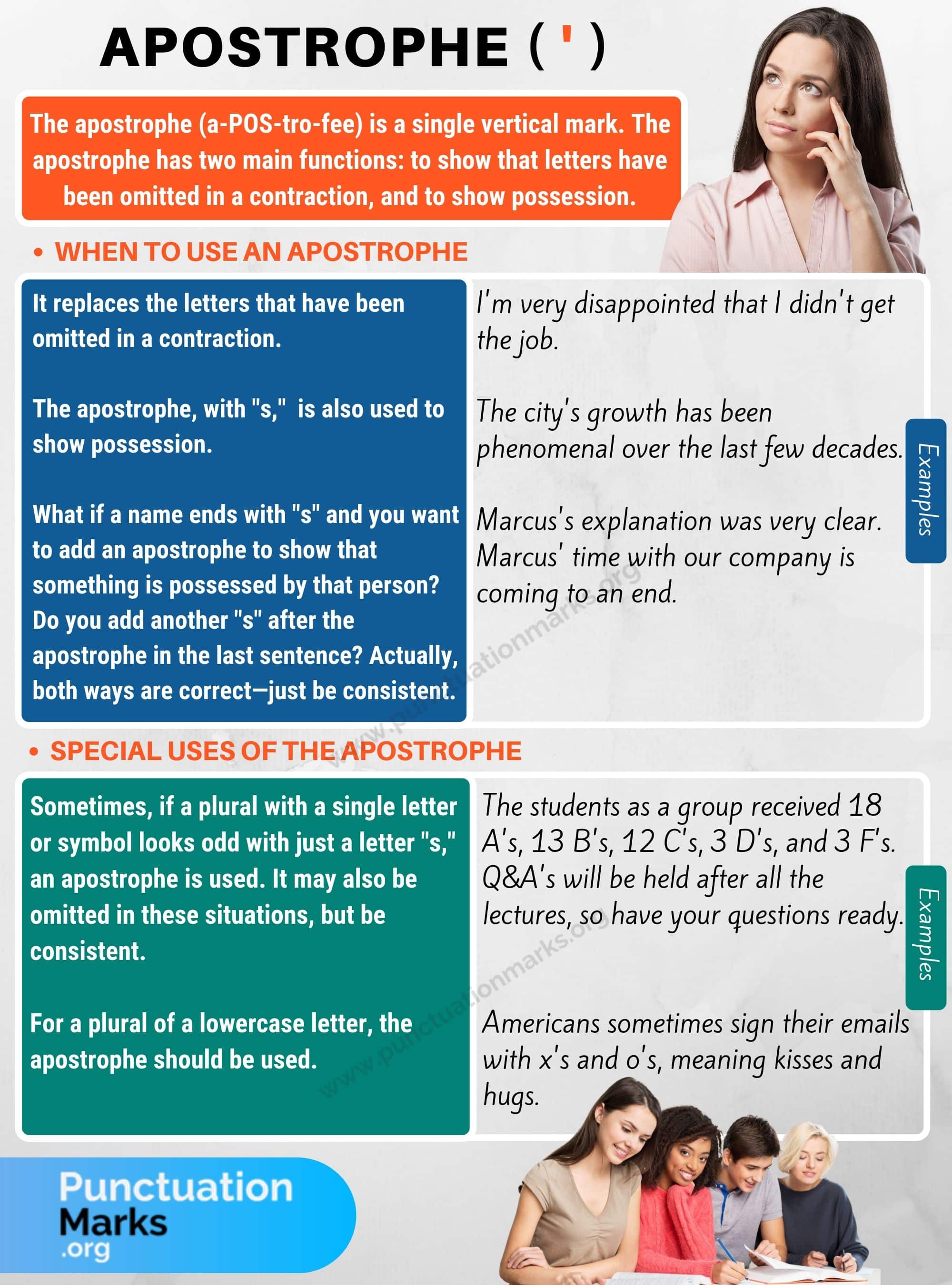 Learn more with useful rules on how to use quotation marks in English.