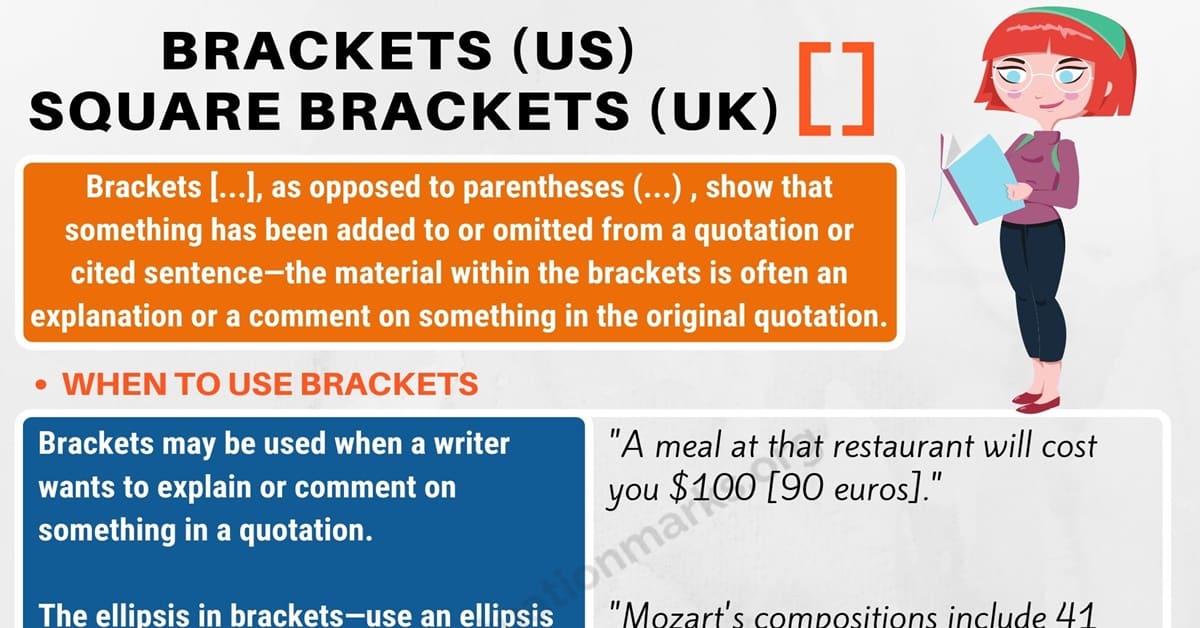 [ ] Brackets, known by that term in the US and as square brackets in the UK, come in pairs and enclose a stretch of text. Generally, they are used to indicate added text that explains or comments on something in a sentence.

The punctuation marks […], as opposed to parentheses (…), show that something has been added to or omitted from a quotation or cited sentence—the material within the brackets is often an explanation or a comment on something in the original quotation.

When to use brackets

They may be used when a writer wants to explain or comment on something in a quotation.

The ellipsis in brackets—use an ellipsis (UK: ellipsis points) to show that words have been omitted from a quotation.

You can use these marks around a single letter to modify a word in a quotation so that it will fit into a new sentence. Often this is done to remove a capital letter from a quoted sentence within another sentence.

This usage is restricted to formal writing, where exact reproduction of a quotation is important. In informal writing, you can simply use the lowercase letter.

The expression “sic” (Latin for “just as”) is often used in brackets to show that an error in a quotation appears in the original text rather than resulting from an error by the writer. 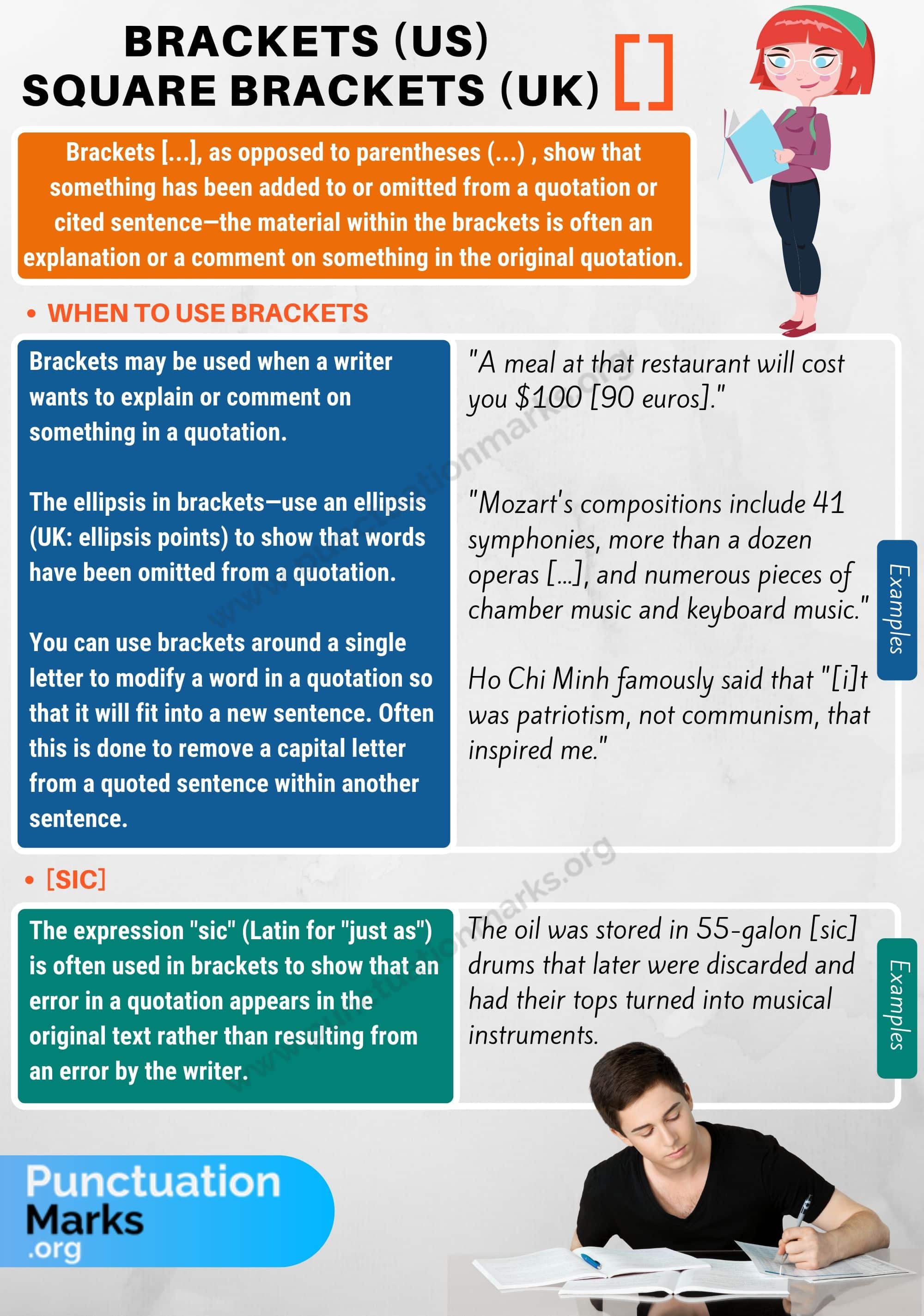 Learn more with useful punctuation rules on how to use parentheses and quotation marks in English with examples and infographics.

Thank you for this site!!