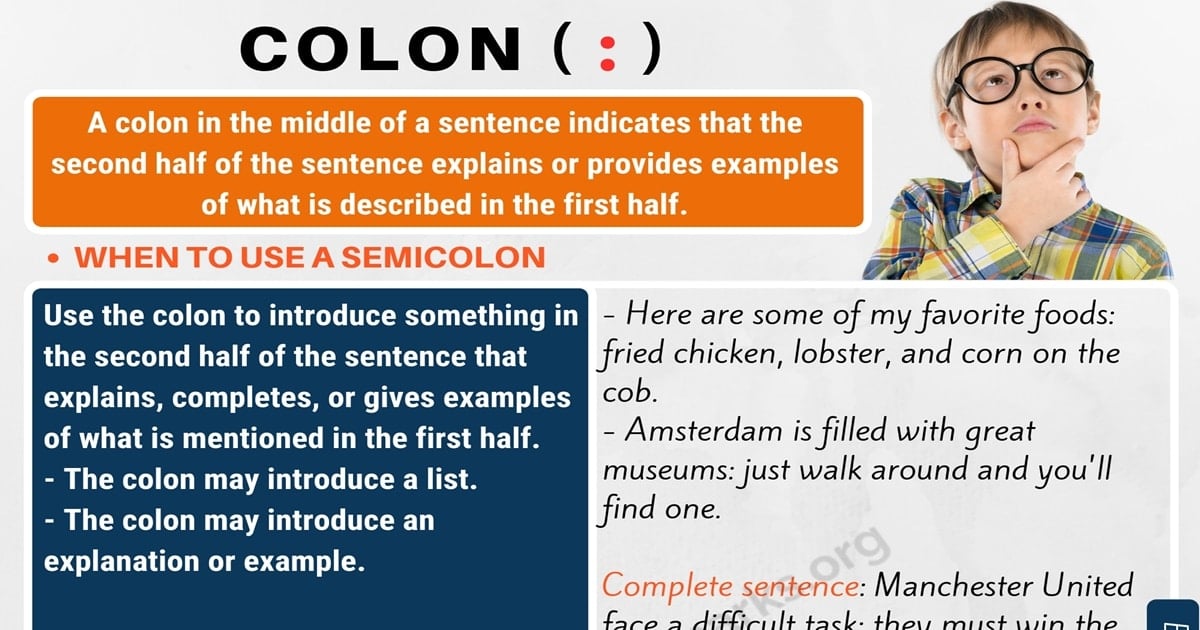 Learn how and when to use a colon (:) with examples and useful colon punctuation rules. The mark (:) in the middle of a sentence indicates that the second half of the sentence explains or provides examples of what is described in the first half.

What is a colon?

The punctuation mark (:) consists of two dots, one above the other. It signals that the second half of the sentence is going to explain or give examples of something mentioned in the first half.

When to use a colon

Use the mark to introduce something in the second half of the sentence that explains, completes, or gives examples of what is mentioned in the first half.

The mark (:) may introduce an explanation or example.

Unlike the semicolon, the colon may introduce a clause or just a series of nouns that do not form a complete sentence.

The mark (:) may also be used to build up to something that is revealed after the colon.

How to use the colon with quotation marks

The mark (:) always goes outside the closing quotation mark, whether you are writing British or American English.

If both halves of the sentence are complete sentences in themselves, either a colon or a semicolon may often be used. The mark (:) places greater emphasis on what comes after the colon.

When to use a colon with useful punctuation rules | infographic 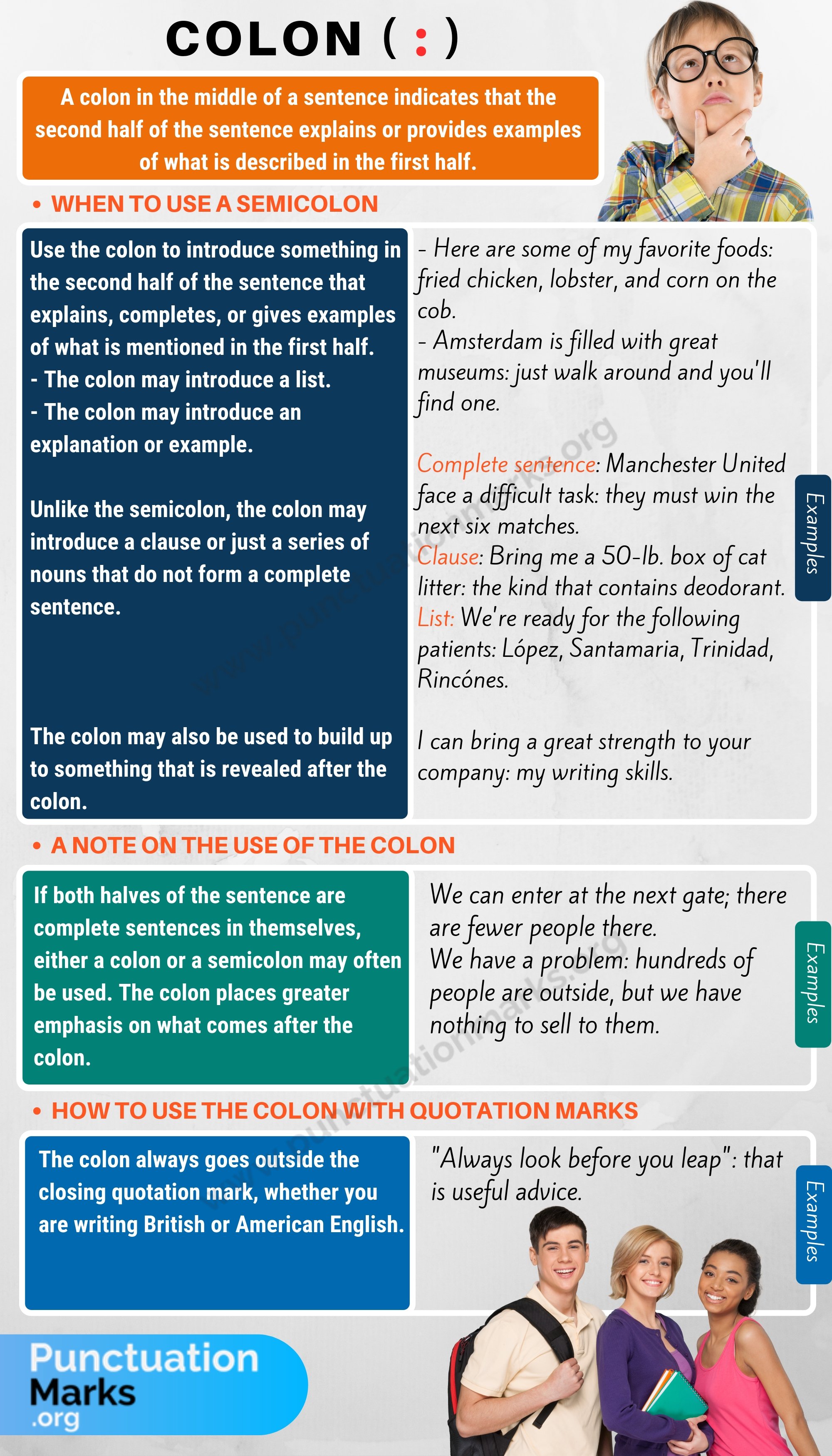