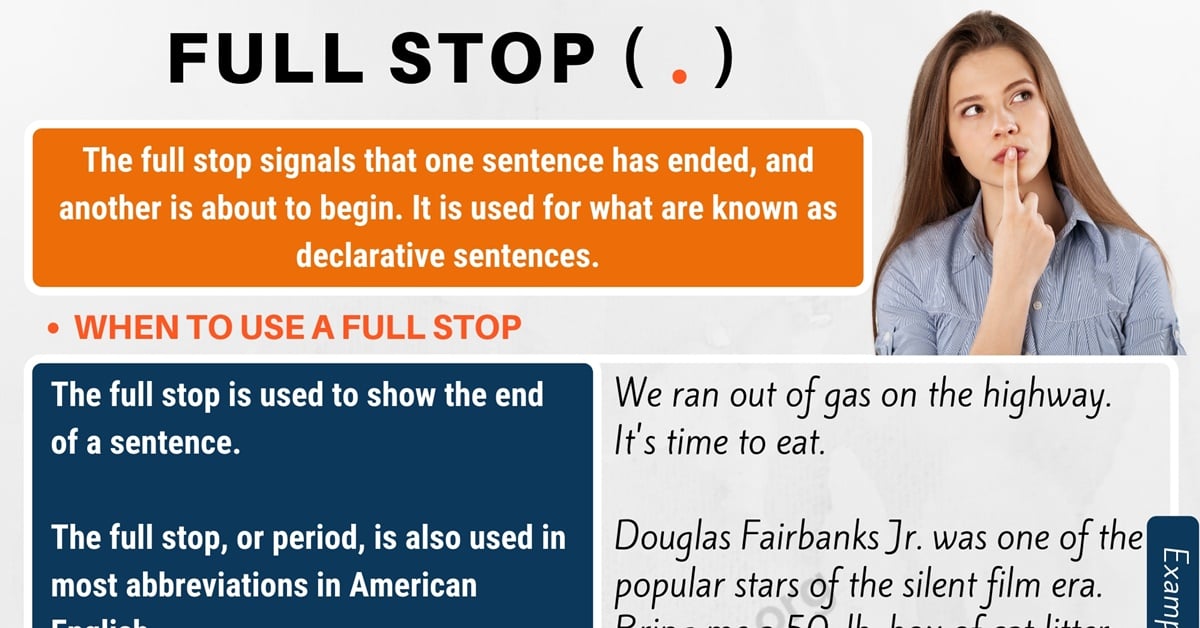 A full stop (UK) or period (US) is a dot (. ) that signals the end of a sentence. It is also used to show the presence of an abbreviation in American English.

What is a full stop?

The full stop signals that one sentence has ended, and another is about to begin. It is used for what are known as declarative sentences—sentences that make a simple statement without emphasis (shown by the exclamation point, “!“), or that ask a question (shown by the question mark, “?“).

In American English, the period is used to indicate an abbreviation, but in British English this is often omitted.

When to use a full stop

The period is used to show the end of a sentence.

The full stop is often omitted in phone text messages, but you should use it in writing that has any degree of formality.

The period is also used in most abbreviations in American English.

The full stop is sometimes used in acronyms (terms formed from the first letters of a group of words). The full stop is increasingly often omitted in this situation, however.

How to use the full stop with quotation marks

In British English, the period goes outside the closing quotation mark.

The full stop vs. the ellipsis

Don’t confuse the period with the ellipsis, a series of three dots showing that something has been omitted or that the speaker has paused. 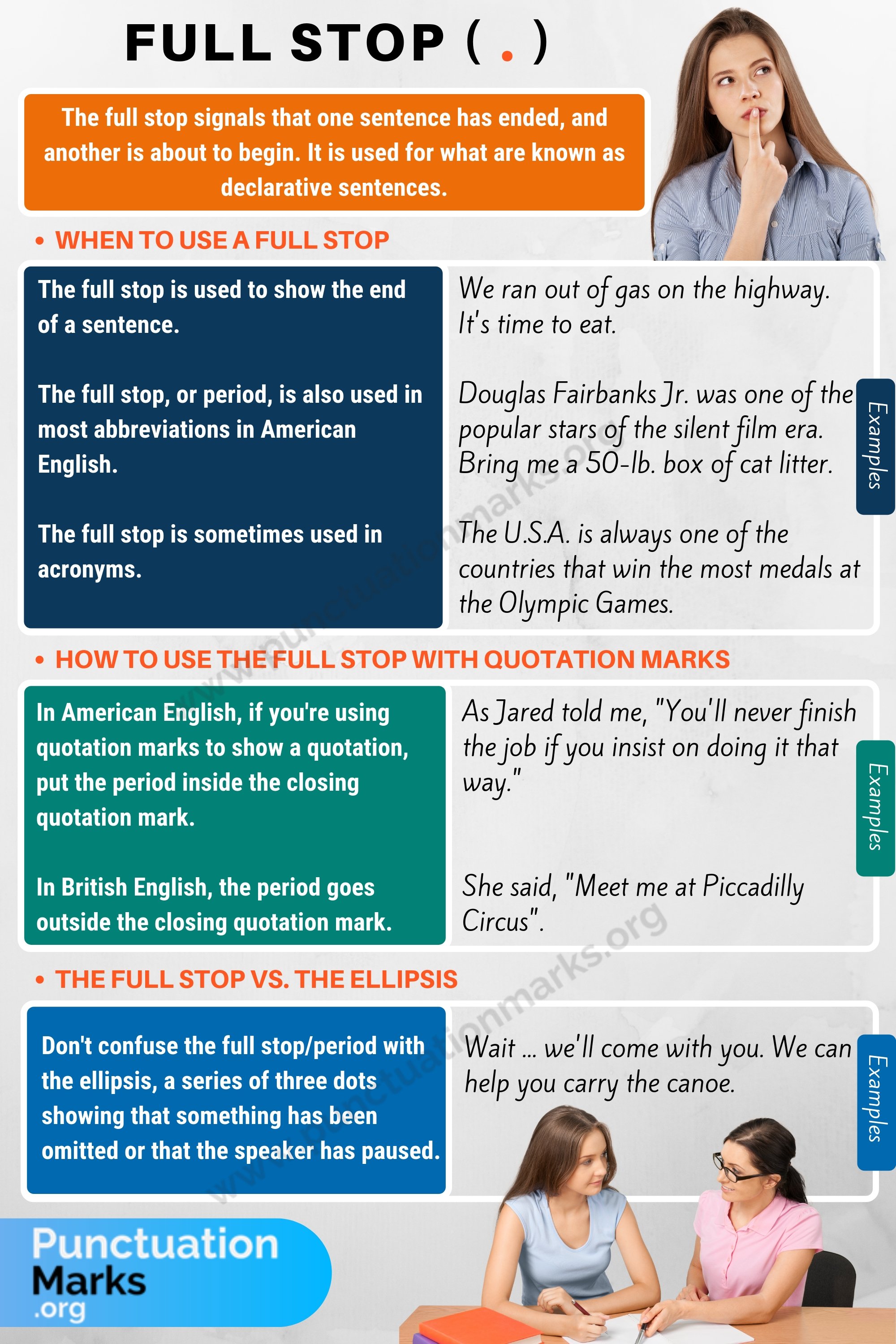