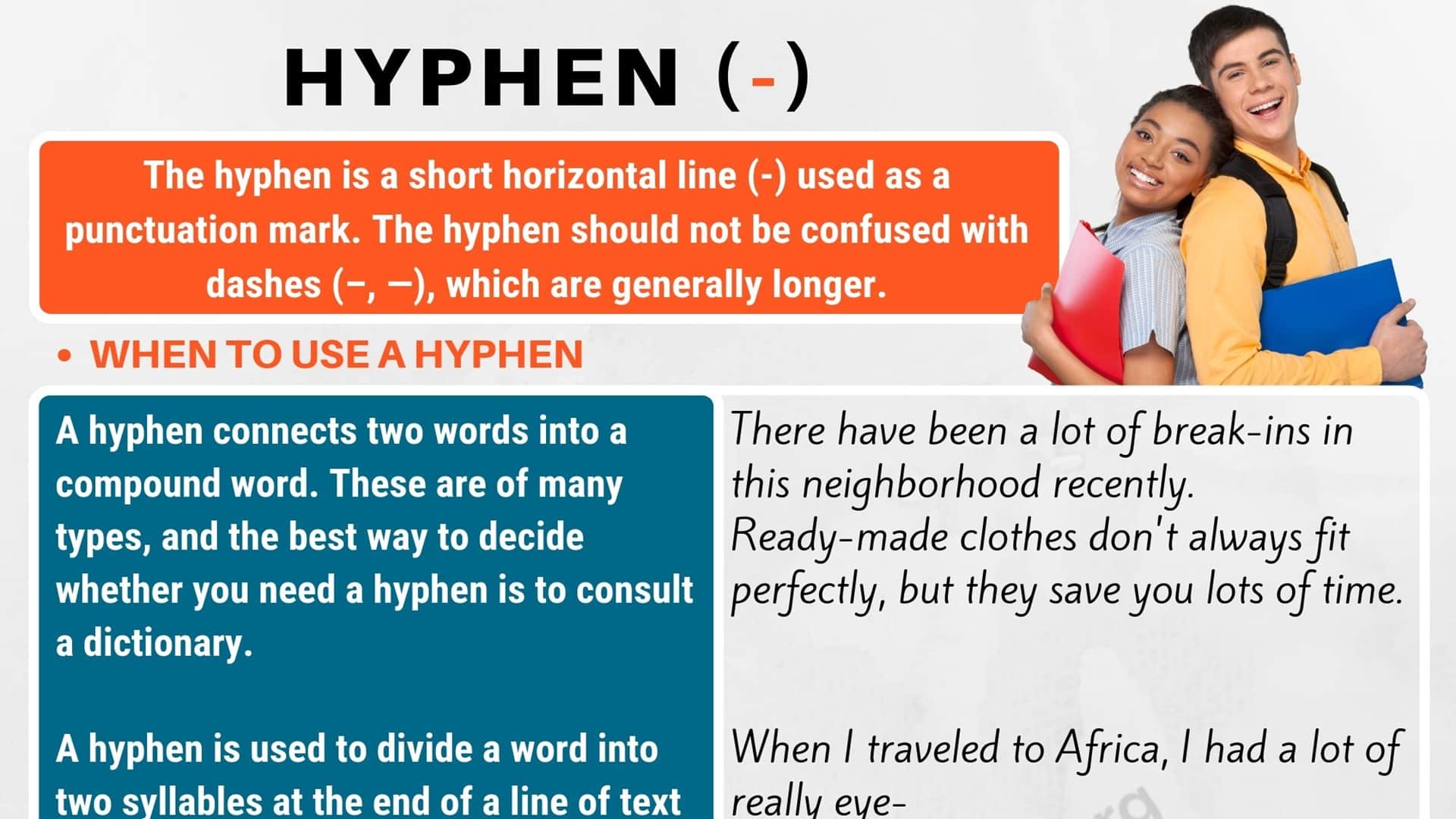 What is a hyphen? Learn how and when to use a hyphen (-) with useful punctuation rules and example sentences. The hyphen is the shortest of the three horizontal marks that may be used in the middle of a sentence. It is shorter than an en dash (–) or an em dash (—).

What is a hyphen?

It is a short horizontal line (-) used as a punctuation mark. It has three primary functions: to connect two words and make them into a compound, to separate parts of a word at the end of a line, and to separate a prefix or suffix from a root word. The punctuation mark should not be confused with dashes (–, —), which are generally longer.

When to use a hyphen

It connects two words into a compound word. These are of many types, and the best way to decide whether you need a hyphen is to consult a dictionary.

It is used to divide a word into two syllables at the end of a line of text so that a long word does not disturb the spacing of the line where it is used.

If a word at the end of a line already has a hyphen, try to break the word at that punctuation mark rather than introducing another one.

Some people join their surnames with a hyphen to create a new surname upon marriage.

They are generally used when spelling out fractions in text.

Compounds of more than two words

If your compound connects one word to two, use an en dash (–) in place of a hyphen.

But if there are three (or more) independent words, you can use a hyphen to connect them all. 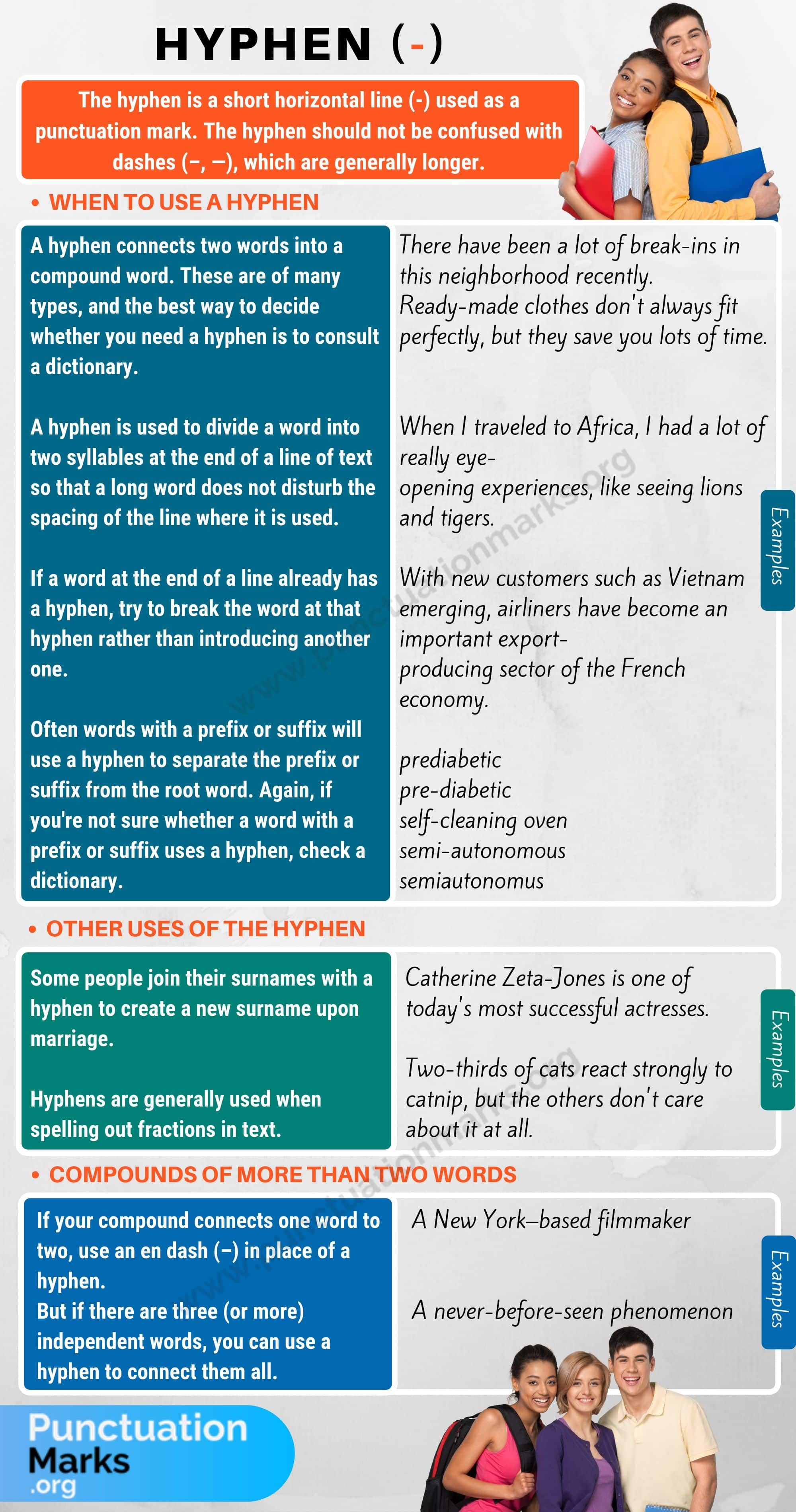 hi guys help me with this assisgnment for english.
place a hyphen where needed in the following sentences
1.The reporter was complimented on his hard hitting expose
2.your mother of earl necklace and earrings will took beautiful with that dress
3.twenty five guests arrived an hour early because of a mistake on the invitations.
4.since the first one was a failure we should recreate the experiment.