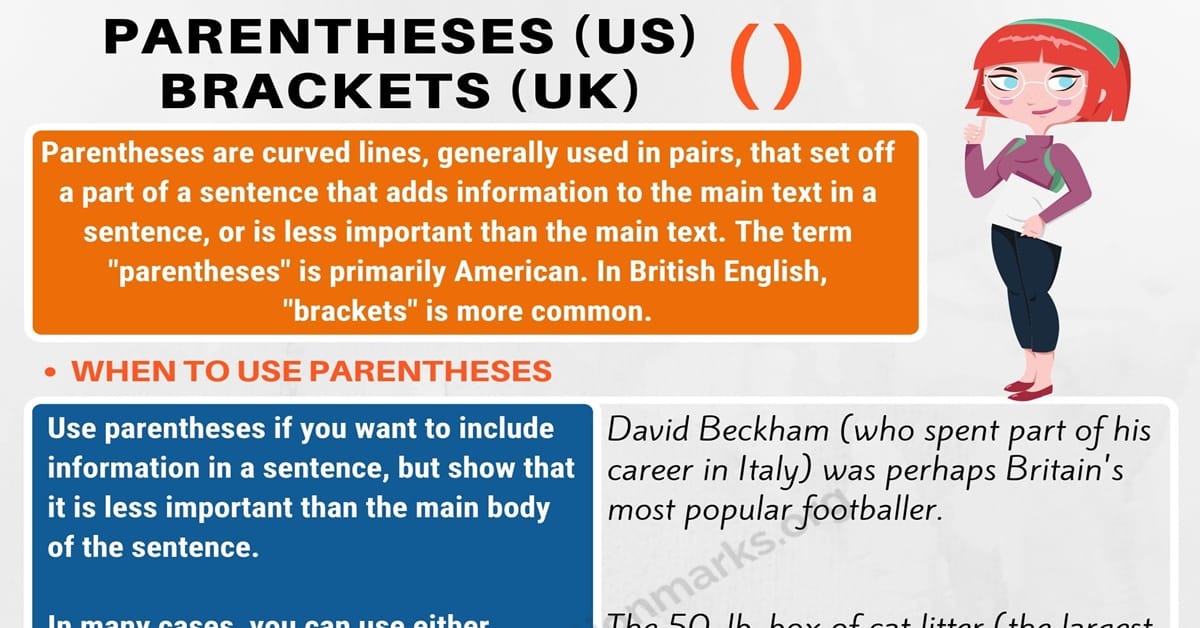 ( ) Parentheses in English! What is the symbol () called? Parentheses (US) or Brackets (UK) are used to set off a part of a sentence that adds information to or is less important than the main body of a sentence.

These punctuation marks are curved lines, generally used in pairs, that set off a part of a sentence that adds information to the main text in a sentence, or is less important than the main text. The term “parentheses” is primarily American. In British English, “brackets” is more common.

When to use parentheses

Use these marks if you want to include information in a sentence, but show that it is less important than the main body of the sentence. If you use parentheses, your sentence should still be complete if you take out the part in the marks (which is known as a “parenthesis”).

In many cases, you can use either parentheses or commas to set off less important information in a sentence.

If your sentence already has several commas, using parentheses may be clearer than adding still more commas.

A single parenthesis may be used after the numbers in a list. A period (full stop) is also correct in this case.

You can use these punctuation marks around the letter “s” to show that there may be only one of something, or there may be more than one.

Avoid constructions where parentheses are nested within other parentheses—these are likely to confuse the reader. If such a construction is necessary, however, use brackets (UK: square brackets) for the interior passage. 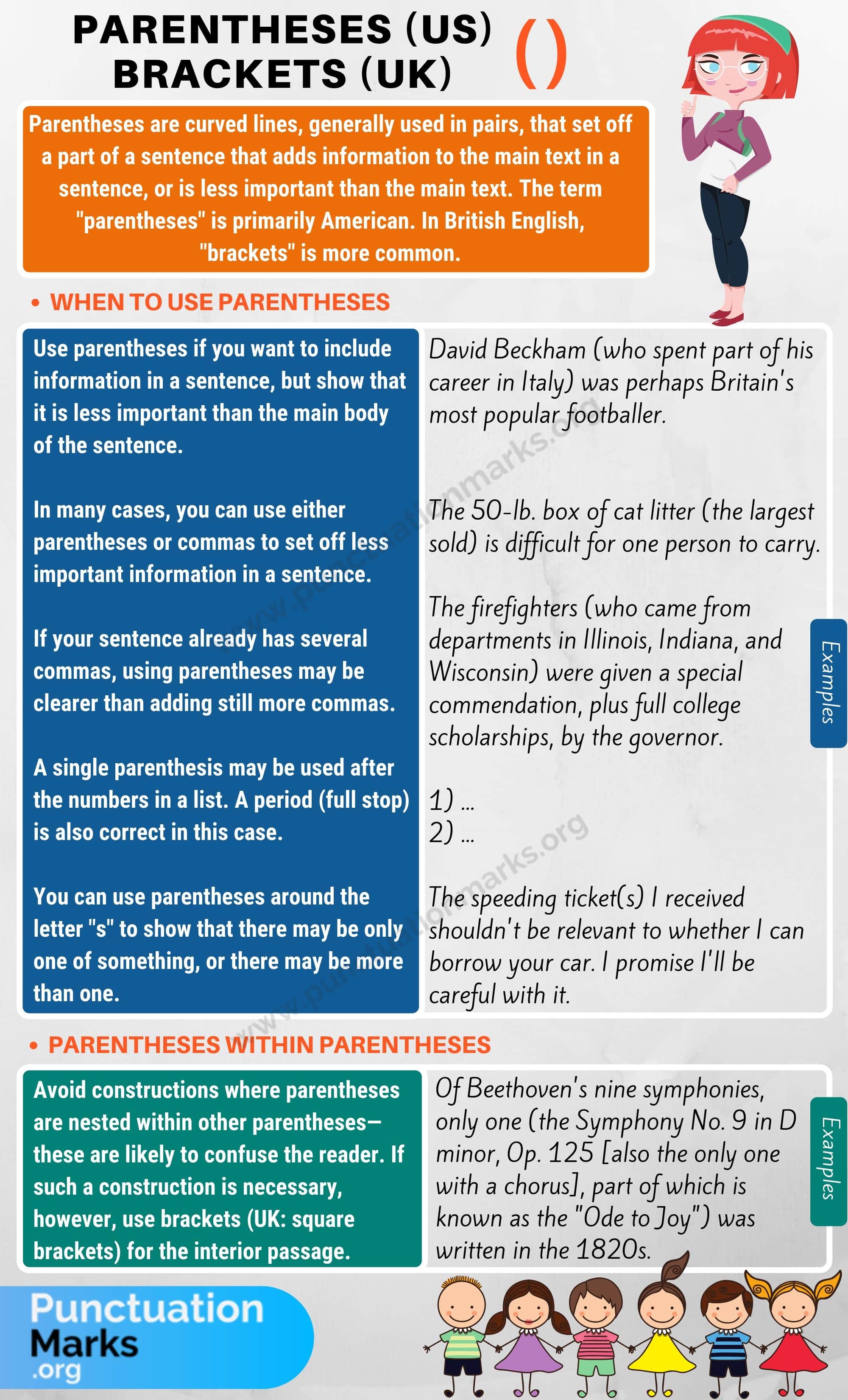