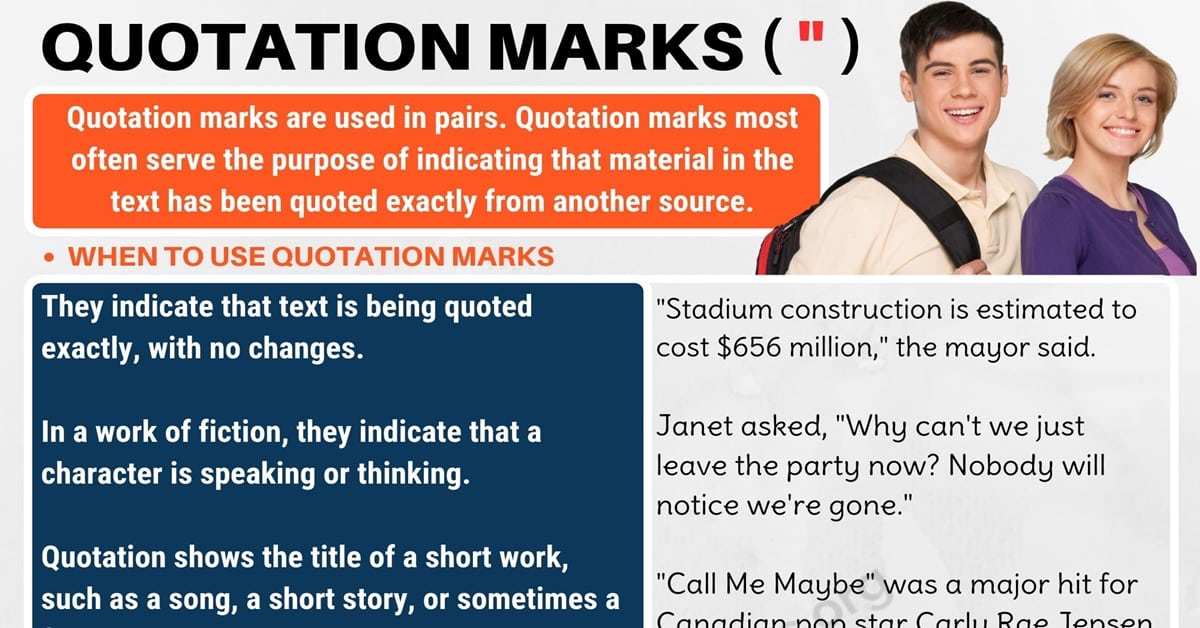 Learn how and when to use quotation marks (“) with example sentences and infographic. You will also learn the differences between American and British uses of these punctuation marks.

What are quotation marks?

As the name suggests, these marks most often serve the purpose of indicating that material in the text has been quoted exactly from another source. They have many other uses, however.

When to use quotation marks

They have four general uses:

1) They indicate that text is being quoted exactly, with no changes.

2) In a work of fiction, they indicate that a character is speaking or thinking.

3) They show the title of a short work, such as a song, a short story, or sometimes a film. Often quotation marks and italics may both be used for this purpose. These marks are preferred in media such newspapers, where italic fonts may not be available.

4) They may show skepticism on the part of the writer about the use of a specific term. Such skepticism may be indicated in speaking by raising the index and middle fingers of each hand as so-called “air quotes.” Quotation marks of this kind are sometimes called “scare quotes”—they are used to warn the reader that a term does not mean what it seems to mean.

In American usage, if you include a quotation within a quotation, use single quotation marks for the internal quotation.

Differences between American and British uses of quotation marks

In British English, single quotation marks may be used where American text would use double marks. Usage varies in Britain among different publishing houses.

In British English, punctuation is placed outside the closing quotation mark (in American English, put the comma and period inside, the semicolon outside). 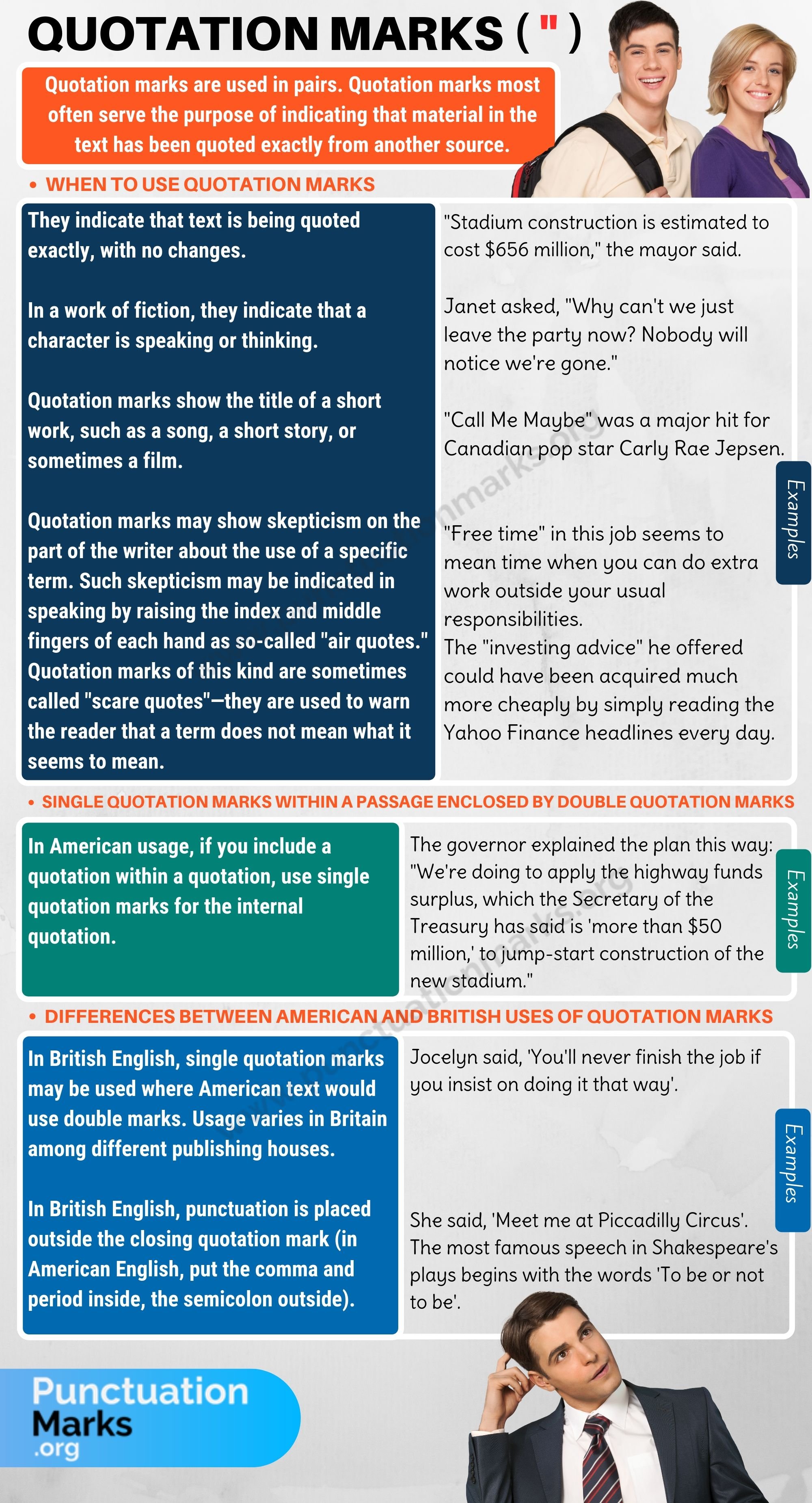