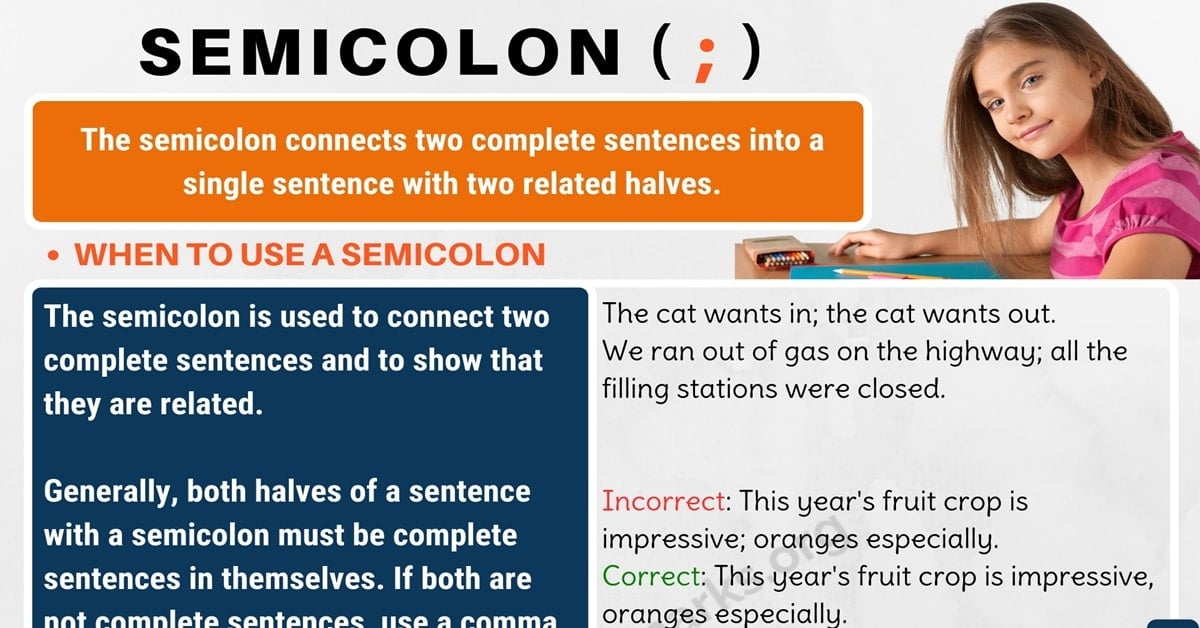 Learn how and when to use a semicolon (;) in English with semicolon rules and examples. The semicolon generally connects two complete sentences, showing that they are closely related.

What is a semicolon?

When to use a semicolon

The mark (;) is used to connect two complete sentences and to show that they are related.

An exception to the rule above occurs when a sentence contains a complicated series in which one or more individual elements contains the word “and.” In this case, the semicolon may replace the commas separating elements of the series, for greater clarity.

How to use the semicolon with quotation marks

In both American and British English, the mark (;) goes outside the quotation marks in a sentence.

A note on the use of the semicolon

Avoid overuse of the semicolon. When you use it, you are suggesting a relationship between the two halves of the sentence, but it may not be clear to the reader what that relationship is. Sometimes it’s better to explain the relationship in the second clause.

CORRECT: Inflation is down from last year; adjustments to the money supply have controlled prices.

CLEARER: Inflation is down from last year because a reduction in the money supply made price increases more difficult for sellers.

When to Use a Semicolon Infographic 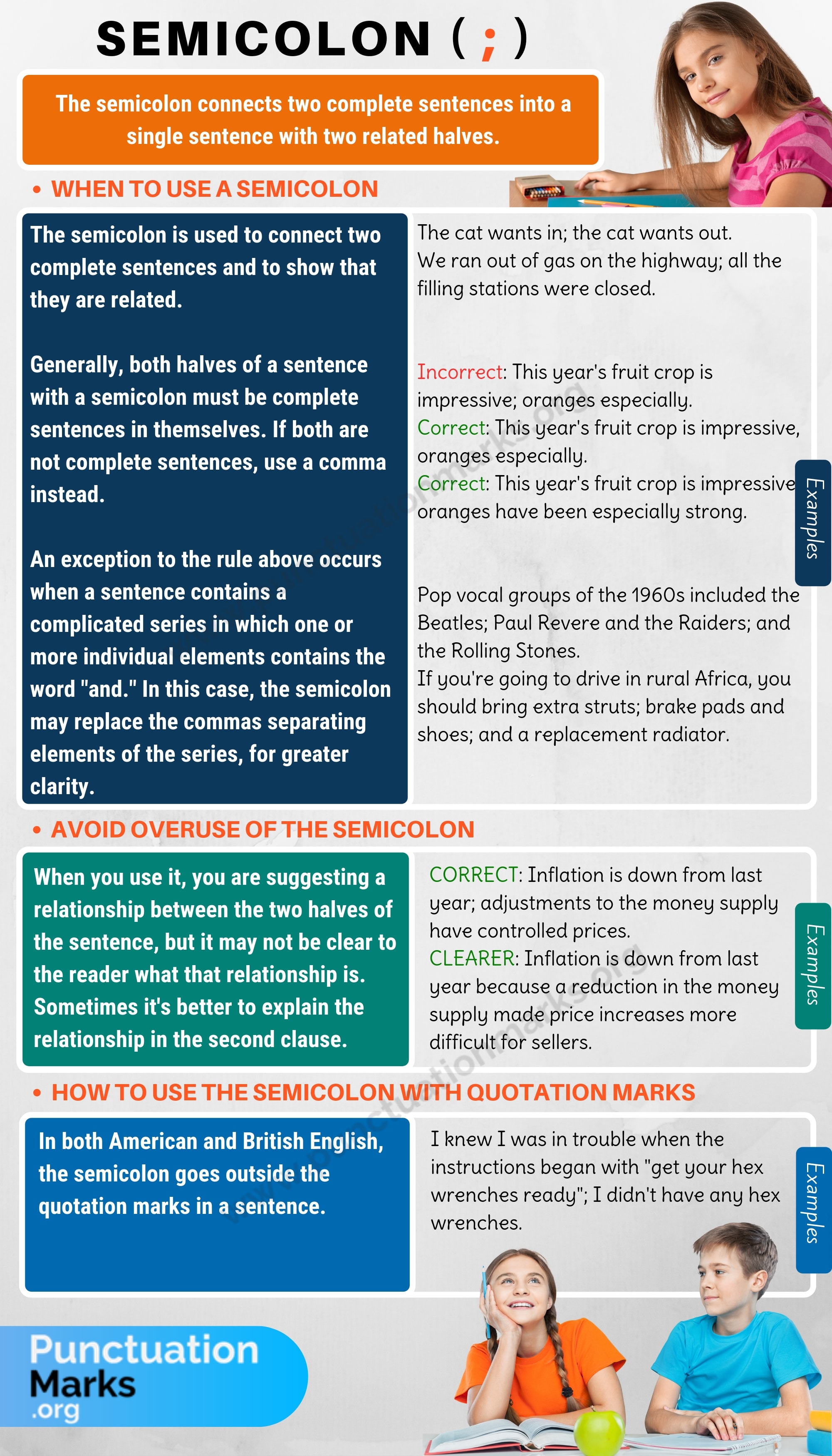 Learn more with useful punctuation rules on how and when to use the colon in English.

Thanks. The semi-colon is used in lists in legal briefs, so thought it was the same, but you say no. That clarified something for me.