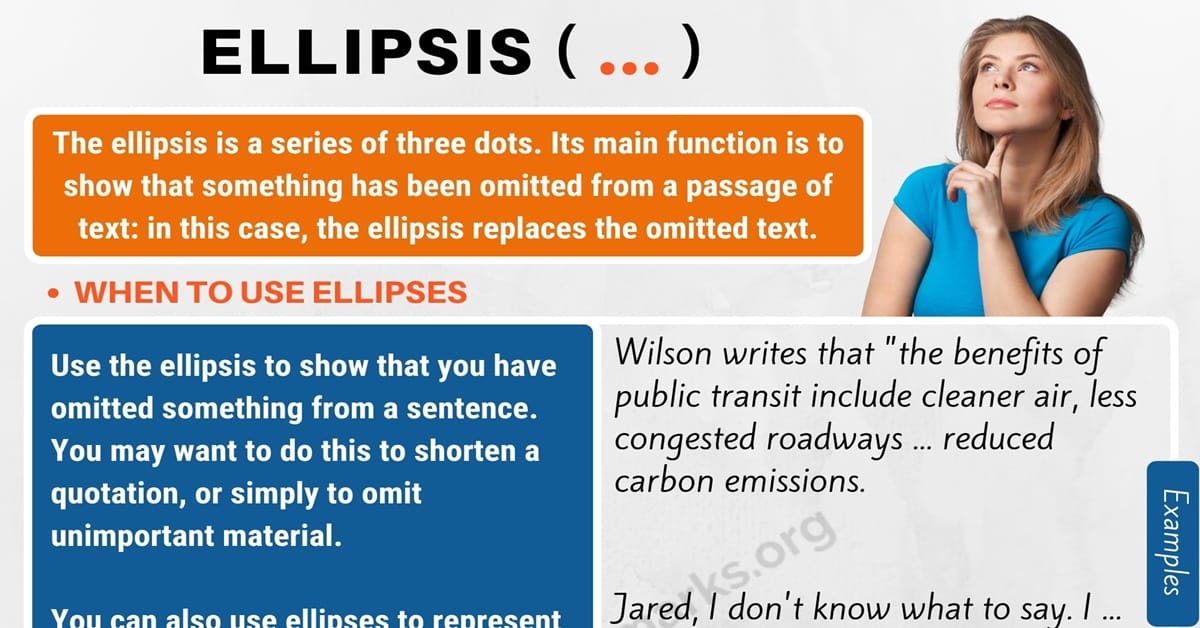 The ellipsis, also known as ellipsis points, shows that something has been omitted from a sentence or quotation. It may also be used to show a pause in a quotation or in reported speech.

What is an ellipsis?

The ellipsis is a series of three dots. Its main function is to show that something has been omitted from a passage of text: in this case, the ellipsis replaces the omitted text.

When to use ellipses

Use the three dots to show that you have omitted something from a sentence. You may want to do this to shorten a quotation, or simply to omit unimportant material.

You can also use ellipses to represent pauses in speech, for example when a person is uncertain or embarrassed.

How to write the dots

There are several different ways to write ellipses. The important thing is to choose one and use the punctuation marks consistently.

Generally, if you type three dots, word processing programs will join them into a single character. Most commonly, a space is used on either side of this character.

Sometimes spaces are used between the dots.

In some styles, no space is used between the three dots and the surrounding words. 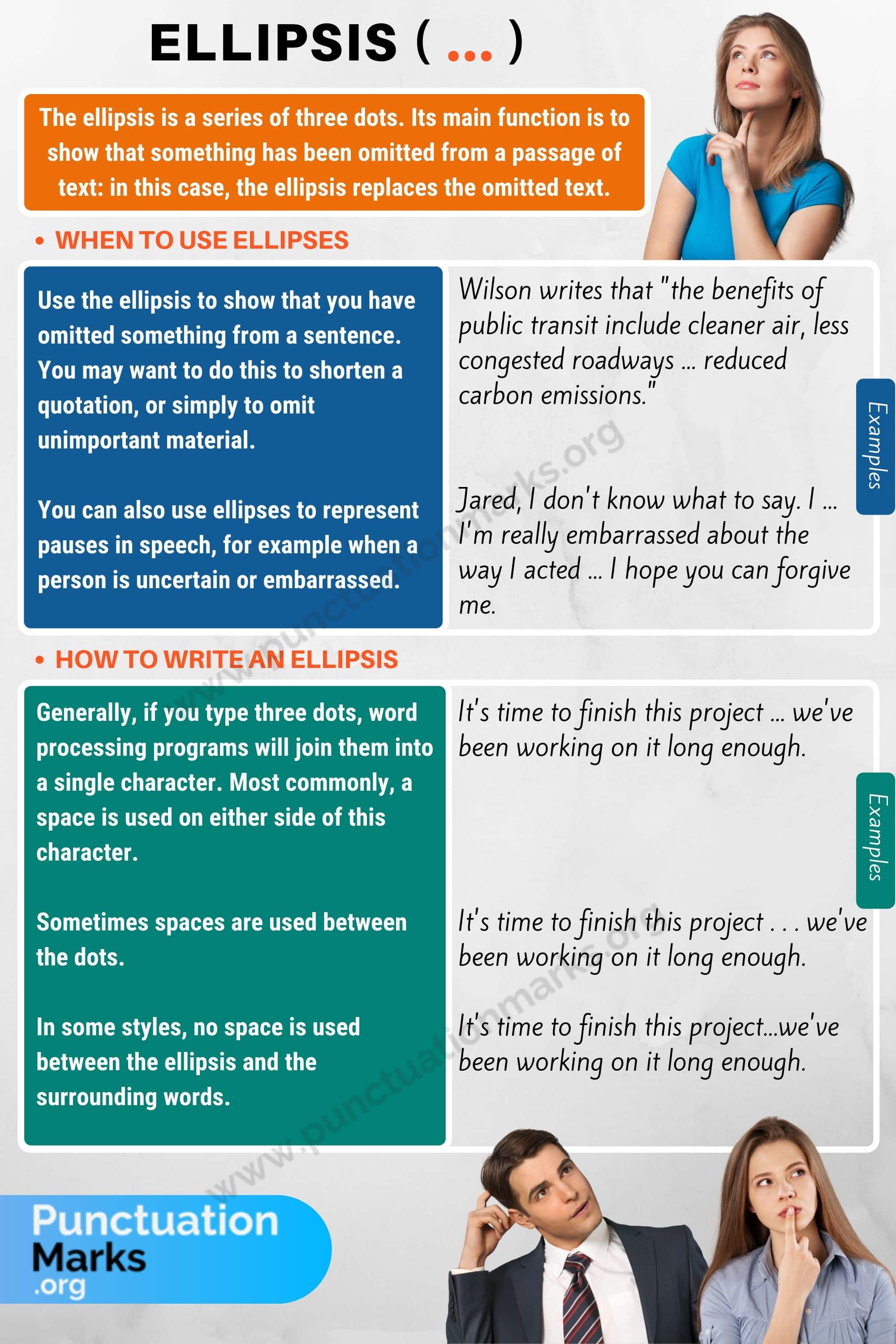 This is actually the best website for punctuation marks.It is really helpful because it is easier to study punctuation.